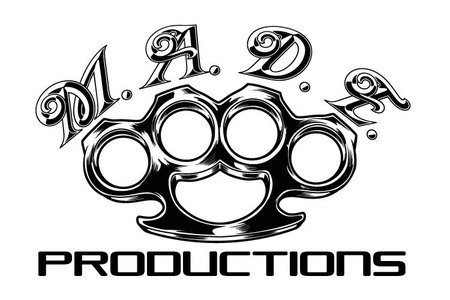 M.A.D.E. Productions is bringing you another amazing night of top notch music with lights, lasers, and two rooms of HUGE SOUND!!! Be prepared to move your body in ways you never knew possible!!!!!!

A member of the infamous Planet of the Drums crew alongside fellow drum ‘n bass pioneers AK1200, Dieselboy, & J Messinian, this Irish transplant has been a dominant figure in the U.S. drum ‘n bass scene since his arrival here in 1994. His discography includes 2 critically acclaimed full length artist albums, 8 DJ mix CDs, as well as numerous singles and remixes for artists such as Freq Nasty, Afrika Bambaata and Keoki. Along with DJ DB, Dara co-founded the nation’s first & largest drum ‘n bass record store, Breakbeat Science, in NYC which doubles as his own imprint, Breakbeat Science Recordings. He has been featured in countless magazine articles and interviews both in the US and worldwide. He previously hosted one of the internet’s most popular drum ‘n bass broadcasts, Velocity, where he regularly interviewed leading drum ‘n bass artists such as Jonny L, Kemistry & Storm, Trace, Ed Rush, Optical, Hype, Andy C, Zinc, and many others. Dara’s long standing relationships with the world’s drum ‘n bass elite gives him access to an astounding amount of new and unreleased material. His brilliant recording endeavors along with his incessant touring marked by consistently awe-inspiring DJ sets have made him one of the most recognized and well respected DJs in the country.

DJ and producer, Metaphysifunk, began DJing Drum And Bass in 1997, after many years of involvement in the New England rave scene. Influenced by the early Tech-Step movement and the Reinforced Records label. Artists such as Paradox and Alpha Omega became a huge inspiration on his style. Metaphysifunk began producing a few years latter, ranging in styles from D&B to Hip Hop/R&B to experimental and free improv. He is also a founding member of Lyrics Extremely Dangerous Productions, producing and engineering with emerging R&B artist Booshank.

This dynamic duo has been around for years playing, remixing and tearing apart dancefloors across the New England coastline seperately and together! If you've heard of them individually, and know their talents, then seeing these two together will be a site you won't wanna miss!!!

Founder of Supreme Sounds, The Mutiny and hosting events/DJing for over 10 years, this veteran is no joke!! He always knows how to keep the crowd moving with his excellent taste in DNB/Jungle, and his enthusiasm behind the decks! If you love the music as much as this man does, then you won't be disappointed when you hear what he has in store for you all!!

His first introduction to Drum n Bass was going to underground parties in Scranton and Wilkes Barre, PA then followed by going to Philly parties. After leaving PA and moving to TX he steered off DJing and focused on other avenues. Started a family and later moved to NY. In NY he started gigs again and played Hip Hop, Latin, and House. Eventually moved to MA and was introduced to a crew called Beatdown Productions and started working with the crew and started spinning Drum n Bass. After joining Beatdown and M.A.D.E. Productions, there's no stopping this fresh up and comer!

DiWrecked is the founder and frontman for Beatdown Productions, a crew originating from a circle of close friends in the Washington DC area in 2000. Since then, the crew has spread out and grown in numbers, now with members in MA, CT, NY, MD, and DC. With the ongoing support of his crew, he has helped to support, promote, and produce a healthy dose of events on the East Coast and beyond.

Emerging from the New England rave scene in the 90's, exposure to the underground sounds gave rise to Sonic Bee. Developing his own style, Sonic fine-tuned a unique combination of hard, funky breakbeats and a non-stop mixing style. Added to NYC’s, Kingsize-USA Entertainment roster, Sonic Bee earned supporting and eventually headlining gigs alongside some of the best at parties all over New England, up & down the east coast and many other stops around the states. From party to party, residencies at the old BOUNCE monthlies in NY & the infamous Wednesday nights at Function in New Haven, CT, funky house sets at Drinkland NYC, even closing the show at A Tribe Called Quest’s farewell tour at The Palladium, Sonic Bee has proven his ability to rock the decks & the crowds. Never overzealous, a quiet professional who lets his music & skills speak for themselves, Sonic Bee continues to make noise & moves dancefloors…

Hailing from St. Louis, K-rite has been spinning House since 1997. Having lived in St. Louis - MO, Frankfurt Germany, Tampa FL, Indianpolis IN, and Boston MA, K-rite has built an ear for many different flavors of House, including, but not limited to: Acid, Tribal, Funky, Disco, Tech, Jackin, and Swing House styles. As of late K-rite has began producing his own tracks, with releases on Eight Down Recordings and releases in the near future on Chicago House FM Records and Doin Work Records.

Born and Raised in the Western Massachusetts area, Pulse became involved with the scene back in "The Era" of early 2000. Going to venues all over New England between The Asylum , The Municipal, Club Therapy and The Attic. To as far up north to Montreal Canada to visit Club Stereo multiple times. After seeing DJ's such as Satoshi Tomiie, Sasha & Digweed, Steve Lawler, Christopher Lawrence, Deep Dish and many, many other great heroes of the time an interests in production pursued, and throughout the years started to dabble with House production of his own Having only a handful of tracks released on SectionZ.net. It wasn't until recently were he got a chance to get involved with Beatdown Production and M.A.D.E Productions where he was able to begin his course as a DJ and playing at events in both Massachusetts and Connecticut. Taking up such Genres as Deep, Minimal, Tech House and Techno with influences like Carl Cox, Jay Luman, Tube & Burger and Sergio Fernandez mixed with a twist of his own Tribal flavor